When most people consider the reasons for going on a round the world trip, the first and most obvious one is to “see the world.” This is a great and noble reason all by itself, but there is so much more to it than that. Long-term travel changes people, almost always for the better.

Most people find a new ability to accept other people, cultures, and traditions, and also tolerate those they might not agree with. This has nothing to do with political philosophy, and everything to do with actual experience seeing amazing things first hand, and comparing and contrasting them to things you’ve seen before. Part of the fun is discovering these subtle åaspeåcts on your own as you go, but for a quick preview, below are 8 of the less obvious reasons why RTW travel is so wonderful.

Break Every Routine You Have

This is something most people are familiar with to a smaller degree from shorter trips, but when your entire life shifts to long-term travel, it becomes much more significant. Put simply, most of us have routines that make each day, or at least each weekday, remarkably similar. We wake up around the same time, get coffee, have breakfast, go to work, and so on, and most of this is performed in a zombie-like state because each day is nearly identical. When you go on a 2-week trip you’ll break all these routines for those two weeks, but it’s hard not to fall right back into them when you get home.

But when you begin a life of long-term travel those old routines are right out the window, and when you finally call someplace “home” again, it’ll be hard to even remember what those nearly-identical days used to consist of.

You’ll be forced to reexamine your schedule, what you eat and when, how you entertain yourself, who you keep in contact with, and pretty much everything else about your life.

It can be very refreshing (and quite disorienting) to hit the reset button and invite only those things back into your life that you really want.

Lose Your Desire For Materialism 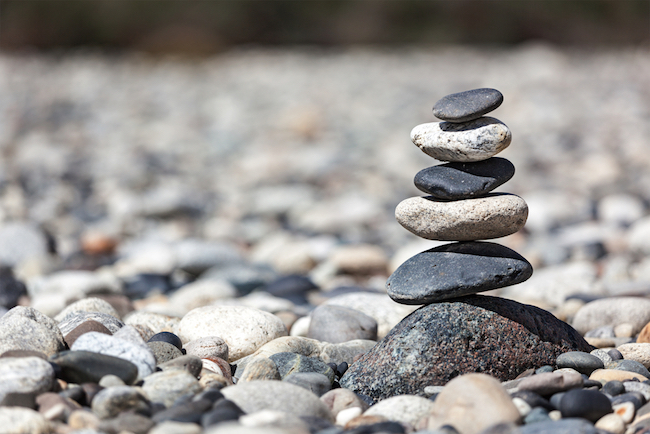 People who are preparing to embark on long-term travel are often forced to liquidate many of their possessions before they go out of necessity, but even those who aren’t will likely take on a new relationship with the material world. There is something about living out of a backpack for months or years on end, that tends to make people wonder how valuable their DVD collection or 10+ pairs of formal shoes really are. It doesn’t happen to every long-term traveler, but it seems that quite a few who survive with but 10 kilograms of possessions for an extended period will change their ways upon return to society at large.

Especially if you’ve gotten rid of most of your stuff before you left, you’ll think twice about nearly every new purchase when you get home.

This will likely save you quite a bit of money, though you’ll probably just use the extra cash toward more travel anyway, so it’s not like you’ll get rich as a result. When you live out of a backpack for a long time, you realize that you need amazingly few things on a daily basis, and each new thing that you might add to this begins to just feel like extra cargo that you’ll have to sell, give away, throw away, or store again one day. 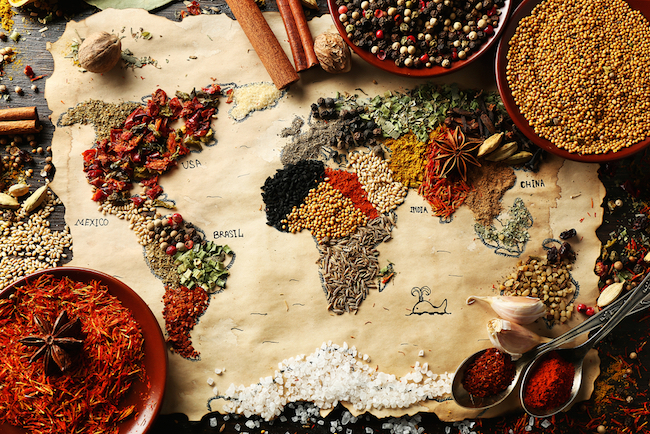 Most of us are creatures of habit, and much of what we prefer comes from the fact that our choices have been quite limited our whole lives. We prefer our national sport because it’s the one that’s on TV every weekend. We prefer the music performed by artists played on the radio where we live, or who play at our local clubs. We like our pizza the way the best place in our neighborhood prepares it. And so on.

Once you go around the world you’ll be assaulted with so many new options that your head will spin.

Relating to a couple other topics on this list, it might surprise you how few new things you learn to love while you travel, but there will definitely be some new changes in your tastes that you will carry with you a long time into the future. When trying to watch at home, a Bollywood movie might seem ridiculous, but after you’ve been to India and especially after you’ve been to a cinema there, you might become a big fan. You might find that cold cuts and bread or just a croissant for breakfast is nicer than the cold cereal, or nothing, that you’ve been in the habit of having before.

Read How to Eat Like a Local in Sri Lanka

Reinvent yourself on your departure day 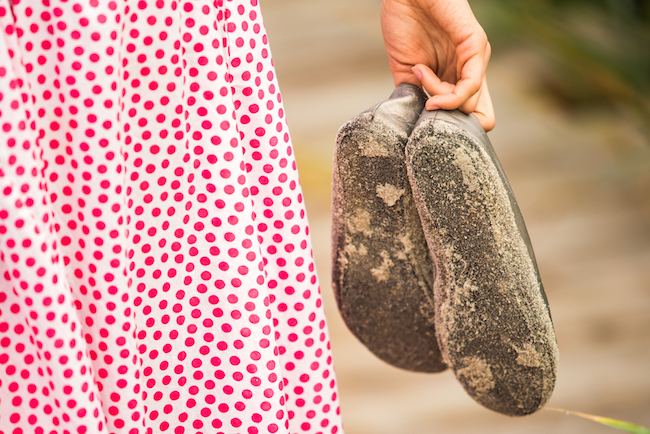 This might sound quite twisted on the surface, but it isn’t really so unusual, and it can be really revolutionary for some of us. You might be extremely shy and introverted when you are at home, and possibly not too happy about it. Or, you might ponder if you insist on being the center of attention a bit too often in your regular life.

The moment you depart you can try to make positive changes in your behaviors, and you won’t feel self-conscious in doing so.

Even without thinking about it, many people find they have a different personality while traveling anyway. Being adventurous and outgoing is much easier if you suspect you’ll probably never see any of these people again in your life. You can concentrate on listening more than speaking, or practice approaching strangers, or whatever it is you might feel is your social weakness while in your normal bubble. After several straight months of this you might be able to have some of these new changes stick, and at the very least you’ll definitely have hundreds of new and interesting stories to break the ice with for the rest of your life. Travel is not a contest, but you can challenge yourself and reinvent yourself through long term travel. 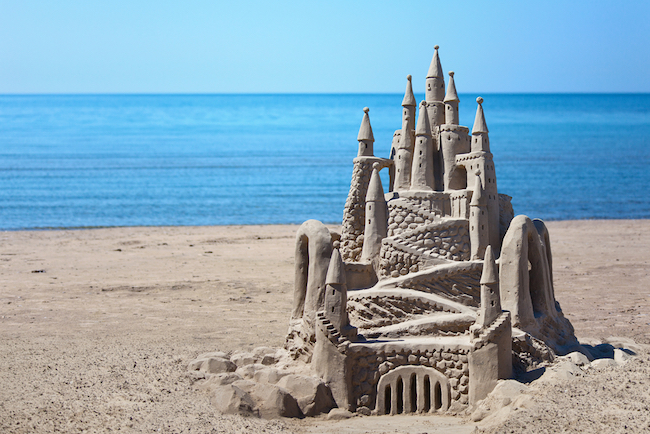 Some people set out on their round the world trip with the goal of possibly finding a new part of the world to call home, but for other people this can happen completely by accident. The number one cause for these relocations seems to be finding a new partner in one of your destinations, or perhaps as a fellow traveler passing through, but there are other people who visit some random area on their trip and then stay for years, or return home first only to do the move right and permanently later.

And it’s hard not to make at least a few friends while on the road. It seems that for most people it’s fellow backpackers who they bond with into the future, though making friends with locals is quite common as well. With e-mail and cheap or free Skype calls, it’s now very easy to keep up these friendships when you return home. It’s a pretty cool feeling to hear someone mention Peru or New Caledonia in a conversation, and be able to say, “Oh, I have friends there!”

Read Taking the Leap: Practical Tips for Becoming an Expat

It must occasionally happen that someone leaves on a long trip as a conservative and comes home as a liberal (and maybe even the other way around) but it seems that far more often people will find countless examples as they travel of why they were right in the first place. If you are the type who feels that “social justice” is lacking at home, you’ll probably be horrified at some of the examples you see that are far worse as you travel.

On the other hand, if you feel that more free market reforms, or a greater degree of morality, are the answer, then you’ll also find unlimited examples to illustrate your theories as you move from place to place. Those who oppose your views to begin with might fantasize that you’ll come home agreeing with them, but much more likely is you’ll now have more ammunition for future debates than you ever imagined.

Reexamine Your Own Culture & Habits 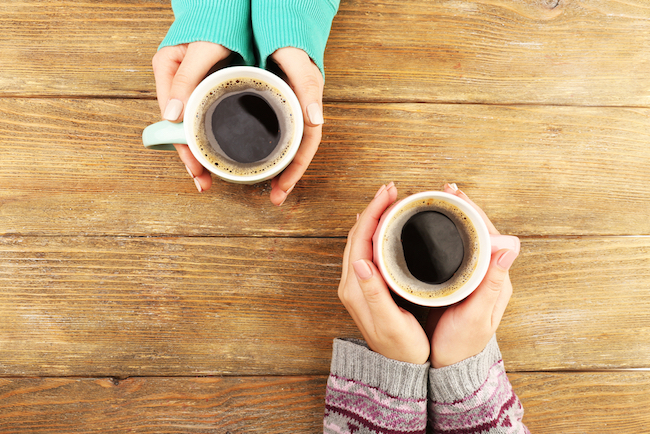 This is definitely related to one or more of the items above, but it’s a complicated and dramatic process, so it’s worth its own item. As mentioned above, much of our behavior is a direct result of our environment rather than from individual choices in each thing we do. Rules and attitudes about things like drinking, sex, how much skin we show in public, shopping on Sundays, religious ceremonies, and many more things are very different all around the world. Our first reaction might be to think the people in this foreign country are too traditional, or not traditional enough. You’ll begin to see yourself in the context of a rich world.

But those who give it any more thought than that will really see that there is no right answer.

For example, adult men wearing short pants is actually only acceptable in certain pockets of the world, regardless of the temperature outside. You can’t help but wonder when you notice things like this. Is it an open and shut case that the 10% or so of people who find this acceptable are right, and the 90% who shun it are wrong? If you travel with an open mind, then questions like these will come up often along the way. Some things that seem so obvious at home are anything but obvious on the road, which makes RTW travel even more thought provoking than you might have guessed before you left.

Appreciate Your Home Upon Return 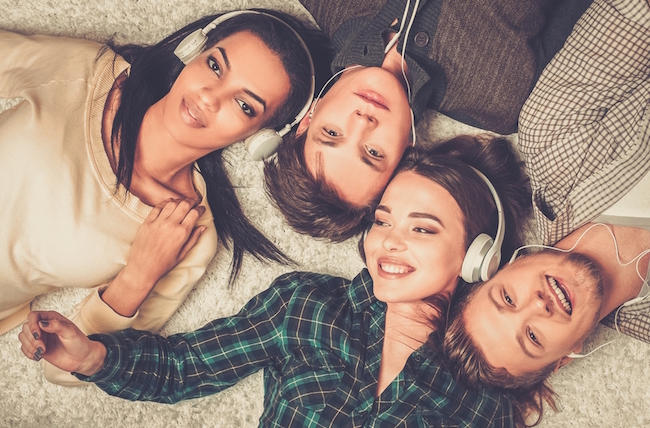 No matter where you live and no matter how boring or uninspiring it might seem before you leave, you will discover things about it that you really appreciate once you’ve been away from it for a long time. If you live in a small town where everyone knows each other it might seem like a real drag, but once you spend weeks and months shuttling between big cities where no one knows their neighbor, and no one knows you, it’s very likely that you’ll finally discover the charm of small town life. Or if you live in a big city and you are longing for the wide-open spaces of new destinations, you’ll slowly begin to forgive the madness of city life when you realize that it also comes along with the ability to get nearly anything at just about any hour of the day.

Those above are just two extreme examples, but it will work for anyone in between as well. If you live in a place where people like us can save up enough money to go traveling for long stretches, then you live in one of the nicest places in the world and it’s got a lot going for it.

Seeing your friends and family again will likely be something you’ll really look forward to after such a long time on the road, but also seeing movies at the theater you know, a few drinks at your favorite bar, or your favorite meal that isn’t available in most of the rest of the world. It’s different for everyone, but if you are like most of us you will come home with an appreciation for your home that you probably didn’t have when you left.

Read the Guide to Coming Home from a RTW Trip

Get the report on RTW tickets

Learn the ins and outs of planning, costs, and more
Get the report

Get the report on RTW tickets

Learn the ins and outs of planning, costs, and more
Get the report
© 2021 by BootsnAll Travel Network, LLC. All Rights Reserved.